Tooth Fairy Around the World 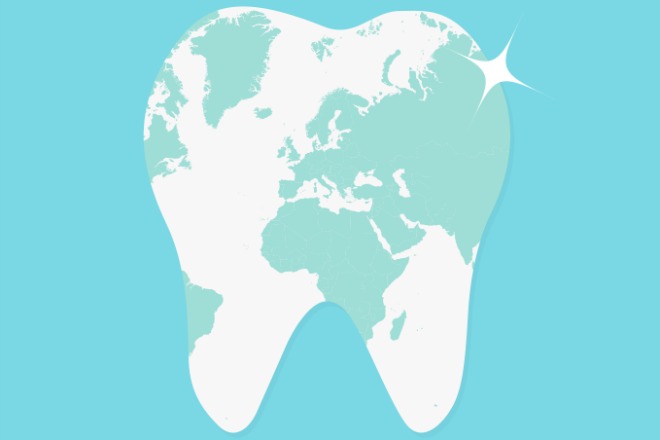 The thrill of waiting for a visit from the Tooth Fairy is a childhood thrill many remember well. The pain, blood and awkwardness of eating is of little concern when the mysterious and magical Tooth Fairy is on her way. She doesn’t visit everyone though – different cultures around the world celebrate losing teeth in a variety of ways, many of which don’t include a fairy. Here’s some of our favourites.

In Australia, the UK, USA, Canada, New Zealand and parts of Europe, the Tooth Fairy is the most common tradition. The excitement and mystery of this character gives children a distraction from the unpleasantness of losing a tooth…plus a little extra pocket money. Children leave their baby tooth under their pillow or in a glass of water and the Tooth Fairy sneaks in, swapping it for a coin or two.

In other cultures there is another mysterious little character that comes to retrieve baby teeth – a tooth mouse. The name varies depending on country:

There are also many other cultures that involve mice or rats in their tooth traditions. In Afghanistan for example, to tooth is thrown down a mouse or rat hole and the rodent is expected to give them a good tooth in return.

Throwing teeth is a tradition celebrated by families across the globe to symbolise and encourage strong new teeth to grow. In some cultures like Iraq, Palestine and Egypt, children throw their teeth towards the sun, asking it to send them healthy new teeth. The moon plays this role in countries such as Botswana and Ethiopia where children throw their teeth on the roof. In Japan, it is tradition to throw lower teeth on the ground and upper teeth on the roof in hopes that new teeth will grow straight towards the old ones. India, Korea and Vietnam also share similar traditions. By the time they’ve lost all their baby teeth, these children must have pretty good throwing arms!

Burying baby teeth is a tradition that dates back to early Europe. Today this tradition is still prevalent in parts of Europe where the act of burying baby teeth is said to help healthy permanent tooth to grow. In Malaysia it is believed that because the tooth was part of the body it belongs to the earth, while in Nepal children bury their teeth to protect it from birds. It is believed that if a bird eats their tooth, a new one won’t grow.

Feed it to the dog

Toothy snack anyone? Shuswap and Yupik American Indian kids put their teeth in meat and feed it to a dog saying ‘make my teeth strong’. In Ancient Abyssinia a similar belief was held, except they would throw their lost baby tooth to a hyena. Good luck finding one of those in Australia.

Put it in a tree

The Dene Yellowknives American Indian Tribes have other ideas. The child’s mother or grandmother puts their lost tooth in a tree and the family dance around it to make the new tooth grow straight (like the tree).

Children in El Salvador put their teeth under their pillow in return for money, but it’s not the Tooth Fairy or Tooth Mouse they are waiting for – it’s a rabbit!

In Sri Lanka it’s not the Tooth Fairy or Tooth Mouse that pays a visit to collect teeth – it’s a squirrel! The kids stand outside, shut their eyes and say “Squirrel, Squirrel, take this tooth and give me a new one’. They keep their eyes shut, throw their tooth onto the roof of their house and only open their eyes once they have returned inside.

In Tajikistan, children put their teeth in the ground to try to grow a warrior. Going back in the history books, other cultures, such as Norse and Scandinavian, took children’s teeth into battle because they believed they would bring them good luck.

Children love a good story and Tooth Fairy traditions bring a welcome distraction to the awkward sensation of losing a tooth. How exciting to get a new tooth from the sun, grow a warrior or get a visit from the the Tooth Mouse, rabbit or squirrel!

Do you celebrate losing teeth in any other ways?

New 5.0-star Review: "Exceptional experience with Jo and her team. The packers were motivated and cheerful and went the extra distance to ensure our household goods were securely packed. Jo constantly followed up to advise us of the status of our shipment and relevant documentation required. I thoroughly recommend using Overseas Packers and Shippers" ... See MoreSee Less