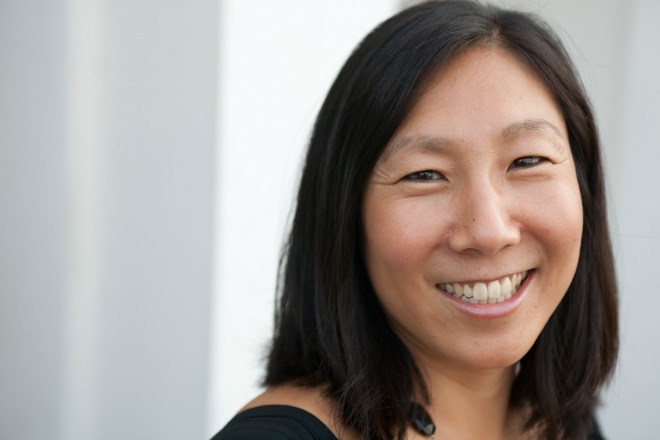 Ever wondered what it would be like raising a family in a foreign country? Meghan Fenn from Bringing up Brits moved to England from America in 1998 to complete her Masters Degree and went on to raise a family. She was kind enough to answer our questions, sharing the challenges, experiences and lessons learnt from living overseas with a young family.

1. What was it like moving to a new country?
Moving to England was my 3rd move in six years. Right after I graduated from University, I accepted a teaching job at the University of Prague and I ended up staying there for a couple of years. Then I moved to Tokyo to teach and lived there for two and a half years. So when I moved to England, it wasn’t a total shock in terms of moving to a new country. However, I did experience a huge amount of culture shock because of my expectations. Since I had been living in Japan, I had expected moving to England to be similar to moving back to the US (to a western culture). I was completely shocked at how different England was to America. I wasn’t prepared for that and it took me a long time to come to terms with what was happening and then several more years to start to feel happy and at home in England.

2. What were some challenges you faced that no one told you about/you didn’t expect?
Lots of things! The terminology is so different – same words but different meanings. And on top of that, there were all these expressions that I didn’t understand or that I misinterpreted such as “Alright?” as a way of saying “How are you?” and also “You should come for coffee” as a way of being polite but not really meaning it and it not actually being an invitation. That one still sometimes confuses me! Another thing I found difficult initially was the British humour and way of communicating in social situations. There is so much banter and British people are very witty and I found it hard to keep up and didn’t understand what was actually being said a lot of the time. It made me feel stupid and no one stopped to explain things. I’ve gotten used to it now, but in the first few years, that was really hard. Another challenge was driving in England. Driving on the ‘wrong’ side, taking my British driving test and all the roundabouts was all very new and foreign to me. I failed my driving test the first time! And I had been driving since the age of 15! Too funny. But seriously, it was really difficult at the time and even now I sometimes still get confused if there are no other cars to follow. It was also very difficult for me because I had no friends or family. The only person I knew at that time was my British boyfriend (now husband) so it was a very lonely time which made life hard.

3. What is it like raising children in Britain?
Overall it’s really wonderful raising children in Britain. They are growing up smarter and more ‘worldly’ than I was when I was their age. I love being able to take them to places like Spain and France and I also love the walking culture in Britain. There is so much beauty here including the scenery, countryside and also amazing cities like London and Brighton. However, it is challenging bringing up my children in a country I myself did not grow up in. They are not experiencing things that I had when I was a child like Thanksgiving, The Fourth of July, the freedom of choice in schools and subjects, Liberal Arts colleges and other opportunities that do not exist here in Britain. My children have also noticed the difference in attitudes in USA vs UK. British people in general are more closed off and reserved which makes it more difficult to get to know people and also to form and be a part of communities. I also think there is a fundamental difference between myself and my British husband in that I am very resilient and self reliant and my British husband is inherently reserved and very British. Our children recognise this in both of us and are able to recognise when is best for them to follow our examples. This I think is a positive. I also think it will be tough for them to grow up and move out because the cost of living is so expensive here – we will have to think creatively when they reach that phase in their lives!

4. As a parent, what advice would you give expats raising a family in a new country?
Keep an open mind and be willing to adapt and change. At the same time, don’t shy away from introducing your children to your own traditions from your own country and your history. Creating a balance that allows them to integrate with their new country while maintaining strong links with ‘home’ will make their experience rich and rewarding. Try new things and experiences and eventually you will work out what is right for you and your family.

5. From your experience, what would you say is the most rewarding part of moving to a new country?
Learning new things and meeting new people. Also, learning lots about myself! I now have two countries I call home! In addition, I think discovery is very rewarding. Discovering new places, new ways of doing things, new ways of viewing things (new perspectives) and being able to use what we discover to create a well balanced, fun, rewarding and enriched life for ourselves and our families.

Meghan Fenn is the author of Bringing Up Brits: Expat parents raising cross-cultural kids in Britain.